I made a couple of poms poms to decorate my backpack, using some pom makers that I got as a free gift with a set of knitting looms that I bought online.

I wrote a tutorial on how to use those plastic pom pom makers to make the colorful pom poms, but I realized that that’s only the first part of making a usable pom pom decoration. So, here’s a quick tutorial for making a crochet chain loop that you can use to hang your decorations.

How to make the crochet chain

If you’re new to crocheting, here’s a great video by HappyBerry Crochet on Youtube that will show you how to crochet a chain:

Leave about a foot or 30cm of yarn as a tail for sewing the hanging loop to the pom pom.

You can make your crochet chain as long as you wish. You could even make it really long and use your pom pom decoration as a lanyard that you can clip keychains or passcards on to. I think a chain that is roughly the same length as the circumference of the pom pom ball is aesthetically pleasing, but go with your heart. If you’re planning on hanging your pom poms on a Christmas tree, a longer crochet hanger might be better suited to the task.

When you have finished crocheting your chain, join the ends with a secure knot to close the circle and form a loop.

Attach your crochet chain loop to your pom pom

Thread both of the yarn tails from your crochet hanger onto your wool needle. Push your needle through the center of the pom pom and pull until the crochet handle is sitting snugly between the pom pom fluff. Repeat this action 6-8 times in slightly different directions each time. Be careful not to catch and bend the pom pom strands.

Add a bead or two for extra cuteness

I added a wooden bead to each of my pom poms and I think it finishes the decoration perfectly.

If you don’t have any beads handy, a macramé Gathering Knot can also create a finished look: 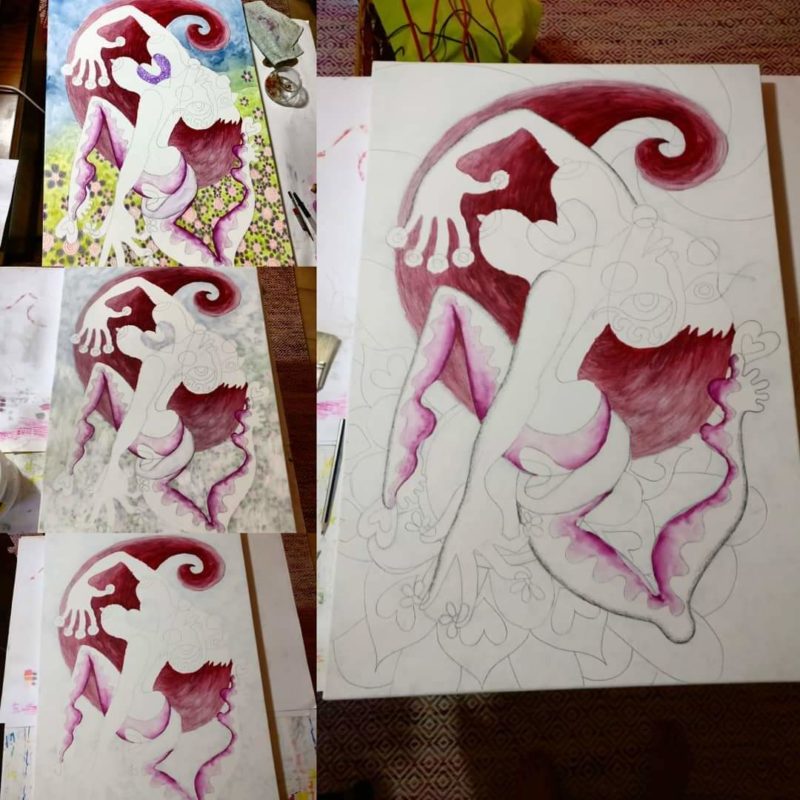 It’s okay to change your mind along the way 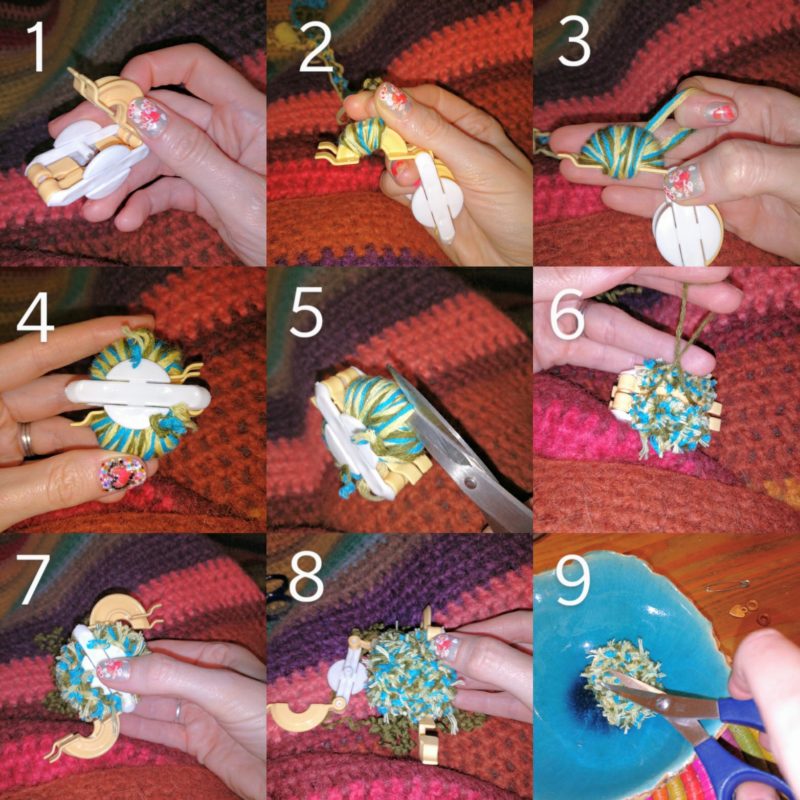 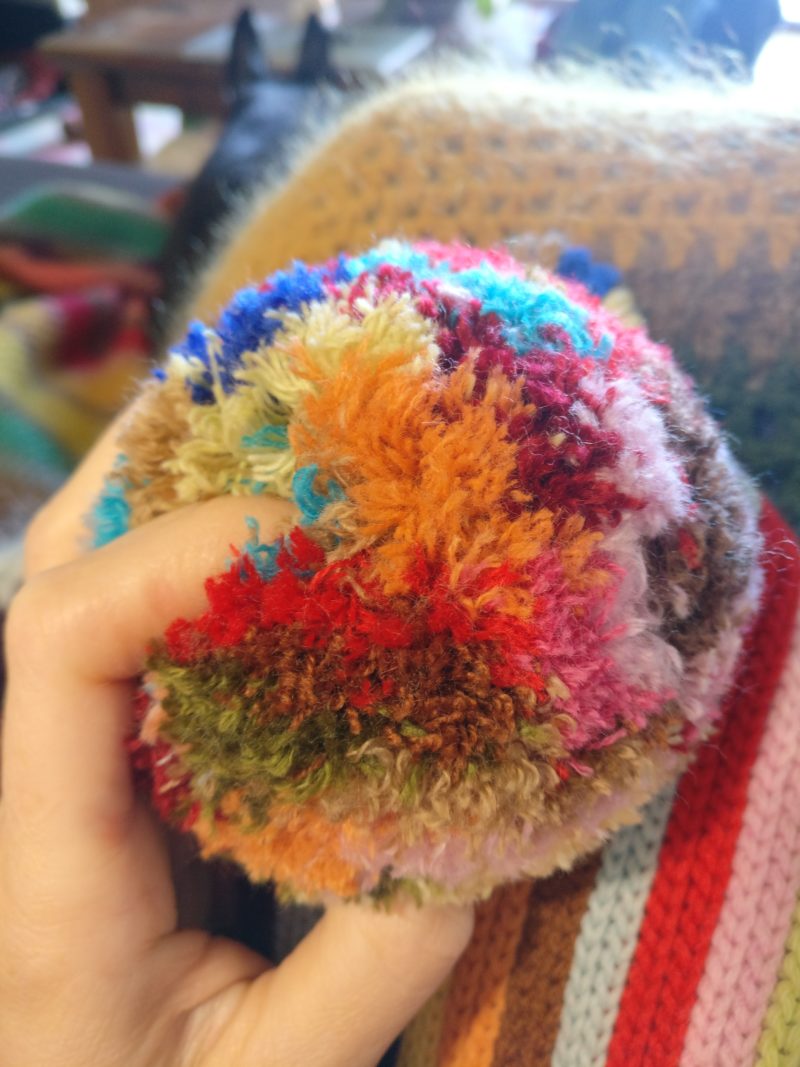 How to make the squishiest, fluffiest pom poms 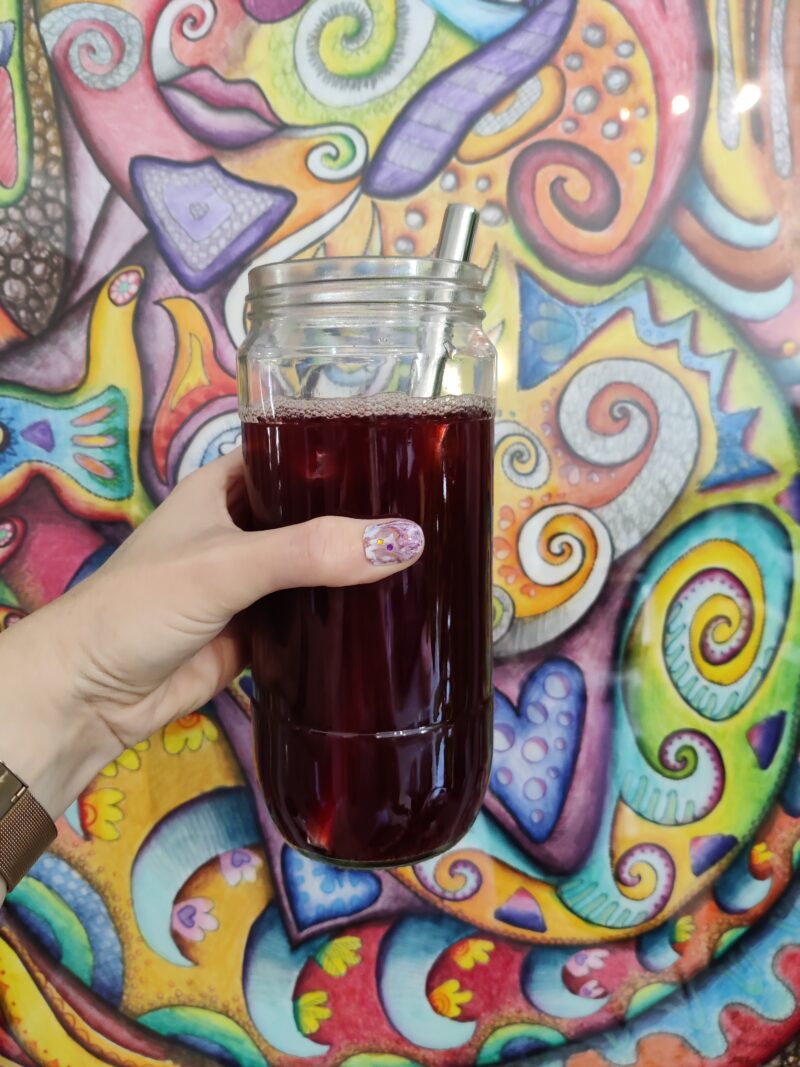 Week One of my medical marijuana journey